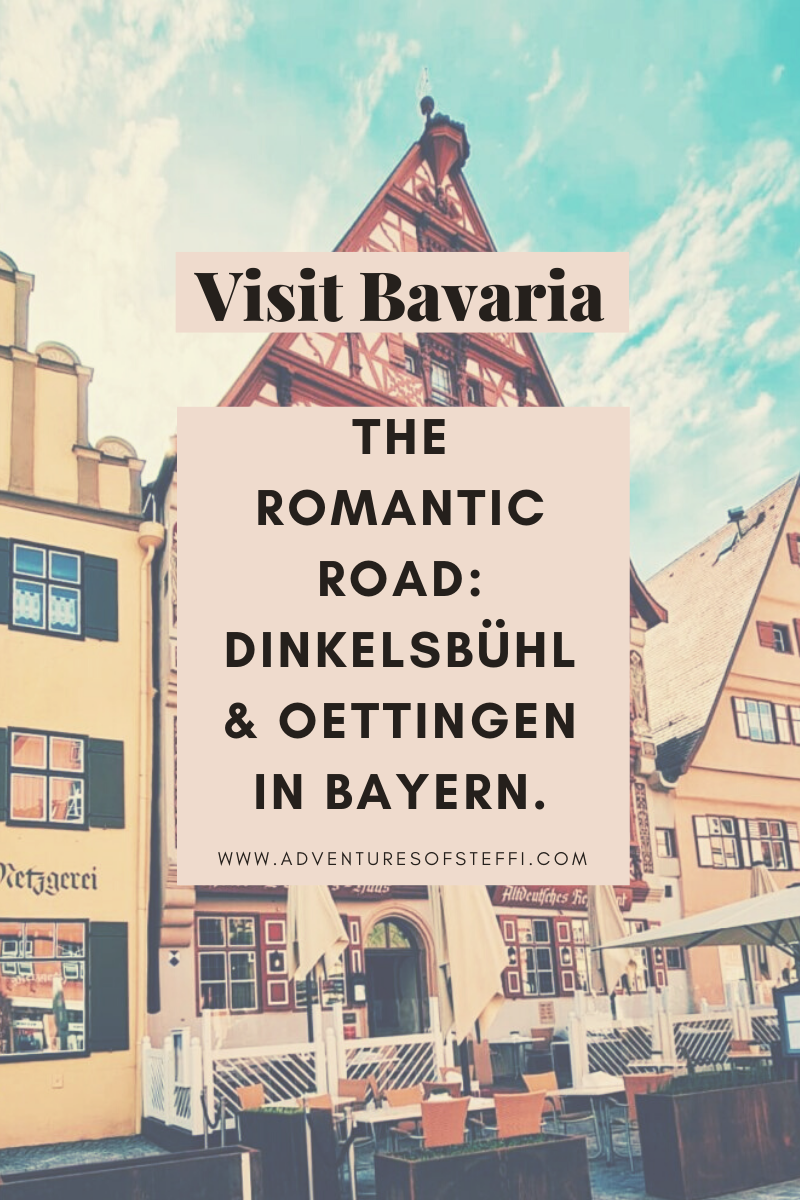 If you’re going to visit Bavaria, then you NEED to check out the Romantic Road!

If you’re going to visit Bavaria, then head to the Romantic Road. It’s a big hit with tourists. The signs for the directions are often in Japanese as well as German. I’d especially recommend it if you’re into the ol’ peddling or stomping around.

And yet, it seems many Germans/Bavarians themselves have never heard of it. At least, that’s the case based on my anecdotal evidence.

The Romantic Road is based (very, very) loosely on the old Roman route between the towns, with a few mediaeval towns thrown in up north to mix it up a bit. The concept of the Romantic Road is a little bit like the British “ploughman’s lunch” – a marketing idea which appears to be based on history and tradition but which is actually a much more modern invention.

Basically, people weren’t too keen on taking their summer hols to Germany in the post-war era. I wonder why…And Germany was desperate to rebuild its tourism industry. So they created the idea of the Romantic Road as a “route” in 1950 (not long after the creation of the Federal Republic of Germany and the end of the military-administered occupation).

The first visitors were friends and families of the American soldiers stationed in the large bases in Bavaria and Baden-Württemberg. They then shouted about it to anyone that would listen and before you could say “Touristenfalle” the ca. 400 km trail from Würzburg to Füssen soon became wildly popular.

It’s pretty easy to see why it became so popular. Despite the modern roots of the idea, the tour combines the historic cities of Würzburg and Augsburg with the three fairytale mediaeval walled towns of Rothenburg ob der Tauber, Dinkelsbühl and Nördlingen, and finishes off with the tourist highlights of Neuschwanstein Castle and the Alps.

What more could you want from a German road trip?

I dare you to take a short detour from your Romantic Road trip to visit this charming small town. You won’t be disappointed.

Park up in any of the free car parks on the edge of town, or drive through the town itself and, if you’re lucky, you’ll grab a spot on the side of the main street.

As you enter the old town centre, those beady-eyed architecture-lovers among you will notice something a bit strange…

Half of the street consists of baroque style buildings, while the other side is half-timbered. That’s because, between 1522-1731, the town was split between Protestants and Roman Catholics, right down the middle. To make it even more exciting, each half of the town used different calendars – one side used the Julian calendar and the other used the Gregorian calendar. I BET THAT WAS FUN FOR EVERYONE!

Oettingen is probably most famous for its beer. In fact, Oettinger beer used to be Germany’s best-selling beer brand and still sits pretty high up on the list today. However, Oettinger has a pretty bad reputation for the taste of its beer.

So why is it still so popular? It’s cheap!

Oettinger Brewery manages to sell its beers considerably cheaper than other big brands in the country. How? It’s known as an anti-television beer, which means it doesn’t advertise. This considerable reduction in marketing costs gets passed to the consumer. Happy days all around!

The Storks of Oettingen

As you wander around the colourful streets of Oettingen, particularly in Springtime, you might notice a distinct sound. Look up and you’ll see the source.

Storks are everywhere in this tiny town.

They’re so famous and so well looked after that the town keeps a Stork Diary and even has a Stork Representative 🥺 is that not the cutest, most wholesome thing ever?!

Okay, we’ve finished our short detour, let’s hop back into our cars and head back to the Romantic Road and onwards to Dinkelsbühl.

Until this point, I thought Rothenburg ob de Tauber was the most beautiful town I’d ever seen. But I think Dinkelsbühl might just have the edge, largely because it’s far less touristy than Rothenburg and therefore still has a lot of its old town charm.

Germany loves a walled town and Dinkelsbühl is no exception.  Although the outer city gates were destroyed in the 19th Century, the ring of walls, including the Zwingern and Zwingerntürm remains completely preserved. I highly recommend a walk around the walls, if nothing else you get some fantastic views of the rest of the town!

Moving inwards from the walls, you’ll find late Gothic gabled and half-timbered houses sitting on charming cobbled streets. One thing that fascinates me about all German towns, but especially the more historic ones, is the level of passion and care that goes into preserving the history and legacy of these towns.

In Dinkelsbühl. you’ll find that the fonts on all the stores in the town are exactly the same. The style of signs hanging outside the stores is similar. Even the more modern houses further out of the town centre are colour coded to fit in with the rest of the town aesthetic.

The stunning townscape of Dinkelsbühl is almost completely unspoilt and dates back over 400 years. According to art historians, Dinkelsbühl is “one of the most closely packed and best-preserved medieval towns in Germany.” Make sure you don’t miss a visit to the late Gothic church, St. George’s Minister, as well as the town’s Historical Museum “House der Geshichte”.

I would highly recommend downloading this walking tour map from the town’s official website and embarking on a beautiful journey through one of the most beautiful and dreamy German towns.

I’m probably biased because I live here, but I think Bavaria is the most beautiful state in Germany and I recommend anyone considering a visit to Germany or even Europe to put Bavaria on your list.

It’s a bit like when people tell me they are visiting Britain. I will forever urge anyone going to Britain to steer clear of London. Sure, it’s a great city. You can see and do a lot in London. But the real Britain lies far beyond the English capital and it has so many incredible things to offer.

If you’re looking for things to do in Bavaria, let me point you in the direction of the official Marketing website for Bavaria. It’s available in English and German (the English translations aren’t 100%, but if anyone from Bavaria’s Tourism sector wants better English translations for tourists, feel free to hit me up 😉). You can also check out the Bavaria Tourism Instagram here.

I hope you had fun on this little trip. More coming soon! 💞 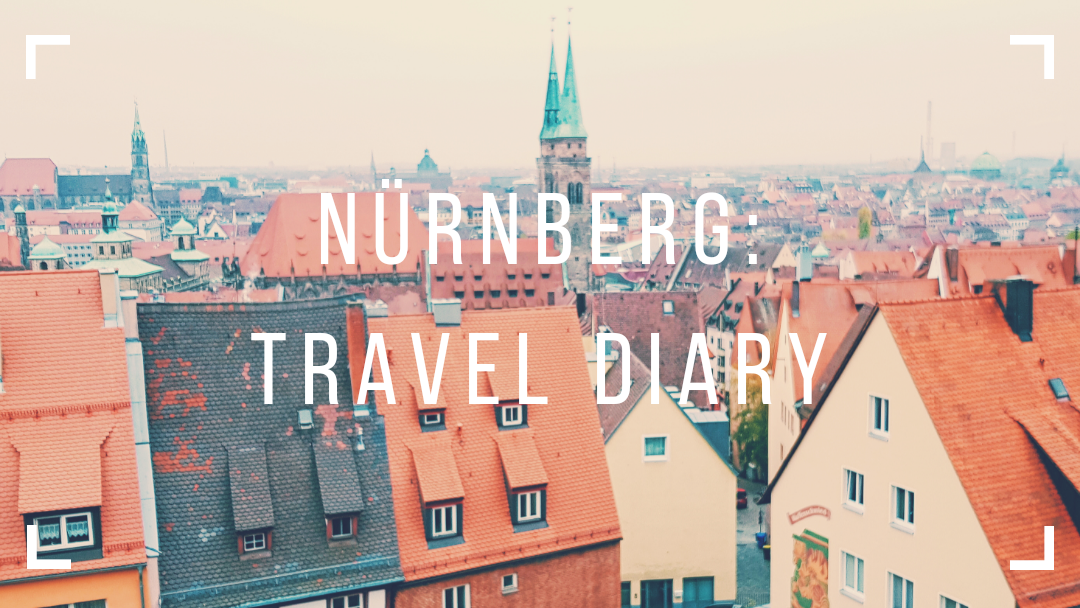 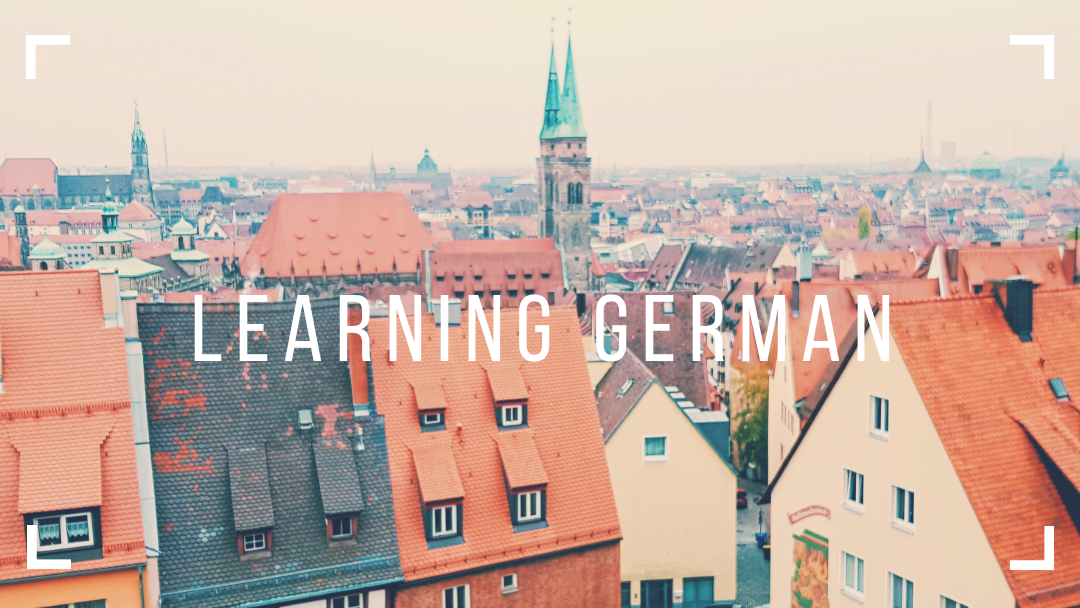