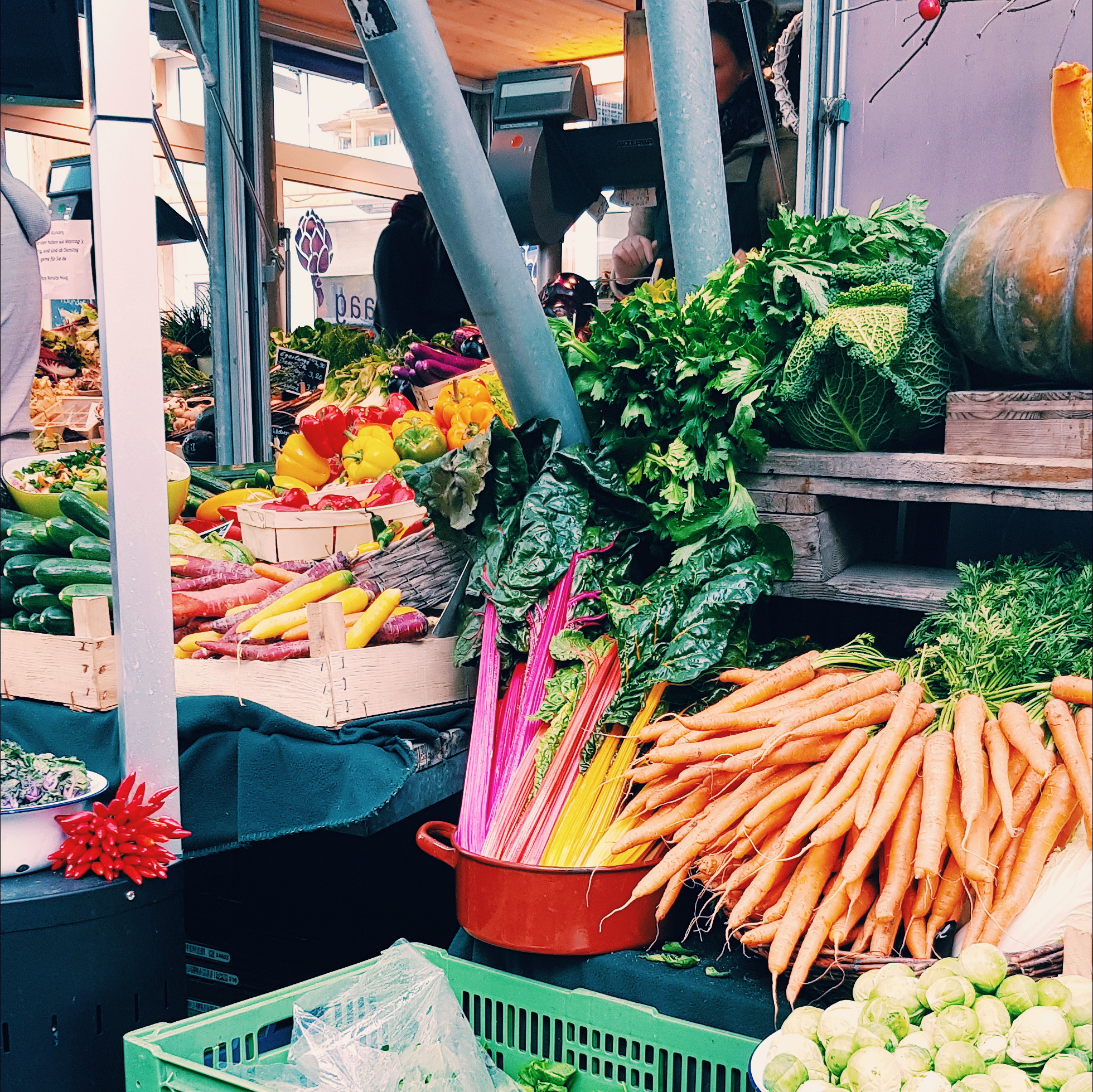 is one of the most common questions I get asked by friends and family back home. Little do they know that since moving to Germany, my vegetarian diet has become a liiiiitle more flexible.

Okay look, schnitzel and sausage are staple foods here in Bavaria. I’m just trying to integrate myself into the culture!

I have rules though. We don’t cook or eat meat in the house, mostly because I can’t stand the smell of it afterwards and we have an open plan kitchen/living room. No. Thank. You.

Only when we go out to eat (and who’s doing that at the moment?) do I contemplate the idea of eating meat-based dishes. And even then, only if something sounds REALLY nice or interesting do I dare take the leap.

Apparently, Germany is very vegetarian friendly, ranking as the 6th best country in the world for plant-based eaters. Personally? I don’t see it.

Here in small-town Bavaria, meat-eaters are alive and well!

This means specific vegan and vegetarian restaurants or menus are somewhat lacking.

Eating out creates the biggest problem. German supermarkets have a good range of vegetarian options available, although the offering is nothing compared to that found in Britain.

This week, I’ve compiled a list of 7 top tips on how to eat vegetarian in Germany. Take a look below!

Much like Britain, it’s difficult to complete your weekly shop in one supermarket.

If you shop on a budget like me, then it also makes financial sense to split your shop. More effort, but less €€€.

Everything is so regional in Germany, even down to what the supermarkets stock. The best thing I can recommend is to take a tour of your local supermarkets and figure out which is going to be the best to do your bulk shop in and which ones will be good for picking up other bits.

Don’t tell me you’re doing anything better in these *unprecedented* times.

Britain has an unbelievable range of vegan and vegetarian alternatives. There are specific vegan/veggie brands, well-known brands releasing alternative versions of popular foods and the supermarkets even have their own brand collections.

The selection in Germany is good and has improved since I moved here in 2019. But it’s not on the same level, and I would recommend doing a Google deep dive into the different available brands. Quorn is rarely seen here and my beloved Linda McCartney is totally absent 😪

You should also be prepared to PAY for meat alternatives. They are pricey AF. Especially considering the quantity you get in a packet.

Vegetarian meat alternatives are also highly processed and should be taken into consideration before you stock up and use them for every meal. Maybe it’s time to try those totally plant-based meals you keep seeing that use actual real vegetables.

3. Use your local market

Maybe it’s because I have more time here, or because I live in the centre of my town so it is only 200m from my front door every week, but I love going to our local market!

They stock regional and seasonal produce and it’s relatively inexpensive. Certainly no more expensive than a supermarket, in my opinion.

German supermarkets aren’t exactly designed for browsing like British supermarkets (efficiency and all that…) so the local weekly market is a good place to take your time discovering new foods to use in those meat-free meals.

Another plus to market shopping – you can talk with the stall owners and practice your German. Fresh, yummy foods and a German lesson in one!

I spent MONTHS looking for the frozen vegetarian section. Eventually, I resigned myself to the fact that Germans simply hated vegetarians.

They do not hate us, as it turns out. German supermarkets do something very clever with their frozen vegetarian foods. They hide it among the meat products.

Surrounded by Angus Beef Burgers and XXL Schnitzels, vegetarian burgers lie there like a sheep in a field of alpacas.

Side note & Controversial Veggie Opinion: Beyond Meat burgers taste like crap.
My favourite so far is Vantastic Foods Burger which can be bought in the frozen or refrigerated section of many supermarkets.

5. Head to the Drugstore

What? Yes, the drugstore. Weird, I know.

DM (Deutsche Mark) is one of the biggest drugstore chains in Germany and was founded by a self-professed anthroposophist and follower of the controversial Rudolf Steiner, Götz Werner.

I think this is possibly the reason that it stocks the largest range of vegan, veggie and organic foodstuff outside of going to a local (and tres, tres expensive) Bio-Markt.

It seems weird to buy your vegan sausage alongside your sanitary towels, make-up and toilet cleaner, but hey. Germany be like that sometimes.

6. Seek out your local Asian/Turkish supermarket

I had never set foot in an Asian supermarket before moving to Germany. They existed in England, but I never had to think about going to one because supermarkets like Asda and Tesco already sold most of the “world foods” I needed.

The first thing I noticed when I moved here was that Indian food just doesn’t seem to be as popular as it is in Britain. And Indian food is *chef’s kiss* for me.

I struggled to find the ingredients to make good curries in a supermarket. A friend told us about the Asian supermarkets and one day we went to check one out.

It was a sea of wonderful vegetables and fruits, along with aisles of legumes, beans and rice products. Not only that, but some Asian supermarkets also stock good old British foods. Yay!

I am yet to visit my local Turkish market, but if I am to believe my fellow expats around Deutschland, the Turkish supermarkets are also great to shop in if you’re both health and money conscious!

7. Use HappyCow to eat out

Heard of HappyCow? It’s a great app that finds vegetarian and vegan-friendly eateries wherever you are.

You can use it online or download it to your phone, put in your location and away you go!

It’s a fantastic tool, especially in Bavaria where they hide the vegetarians and vegans down teeny tiny back alleys so as not to frighten the other tourists who came here for Wurst.

Finally, for the vegetarians only: when in doubt, Käsespätzle is available on pretty much every menu in Bavaria 😋

Are you a vegetarian or vegan in Germany? How do you find it where you’re living? Got any other tips to add? 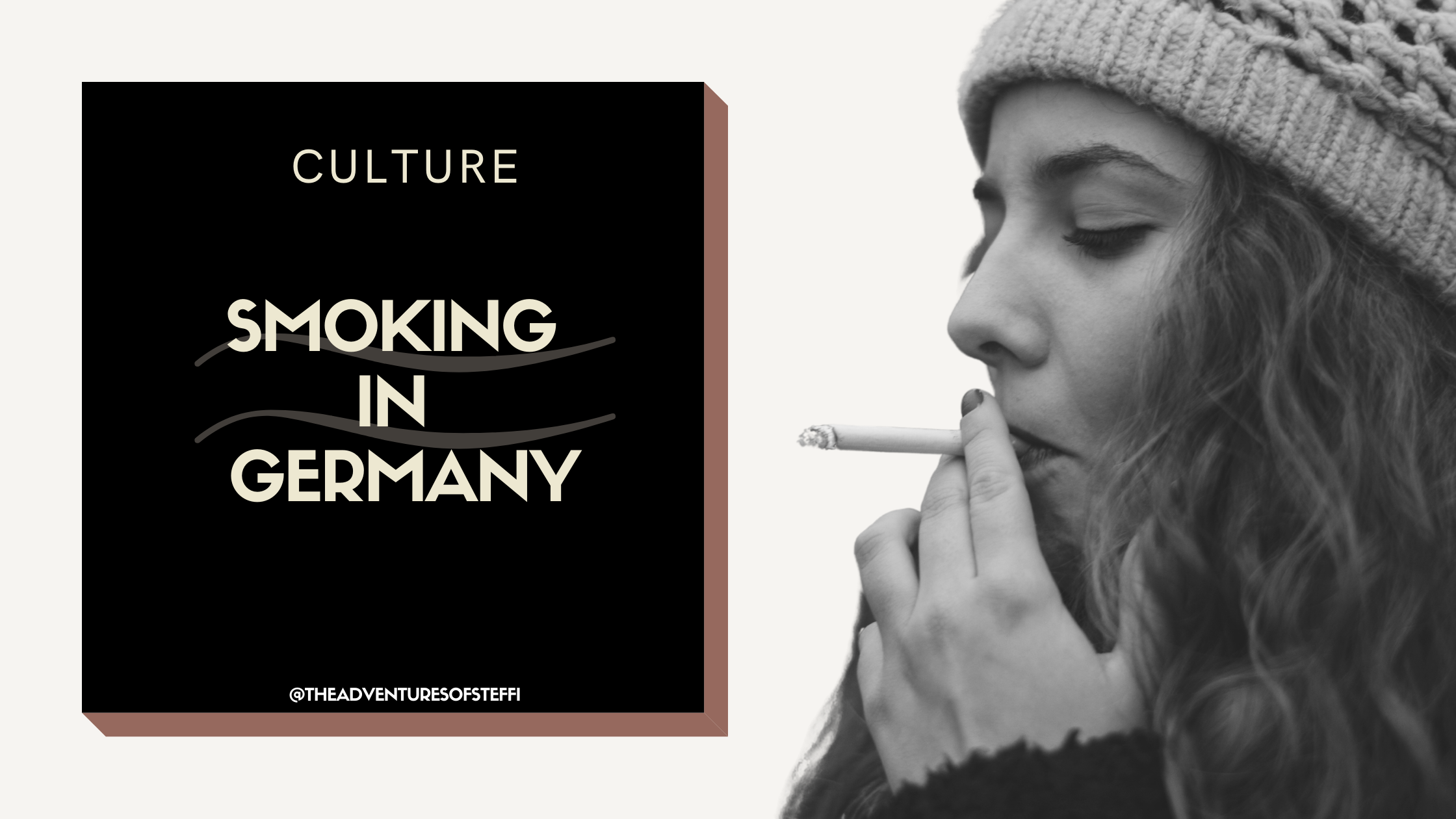 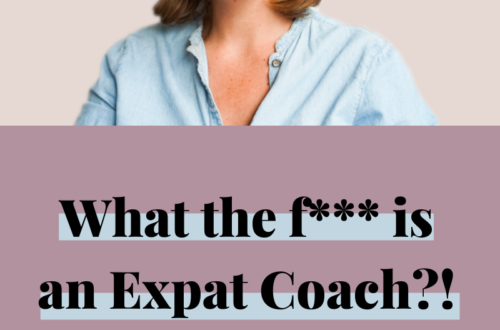