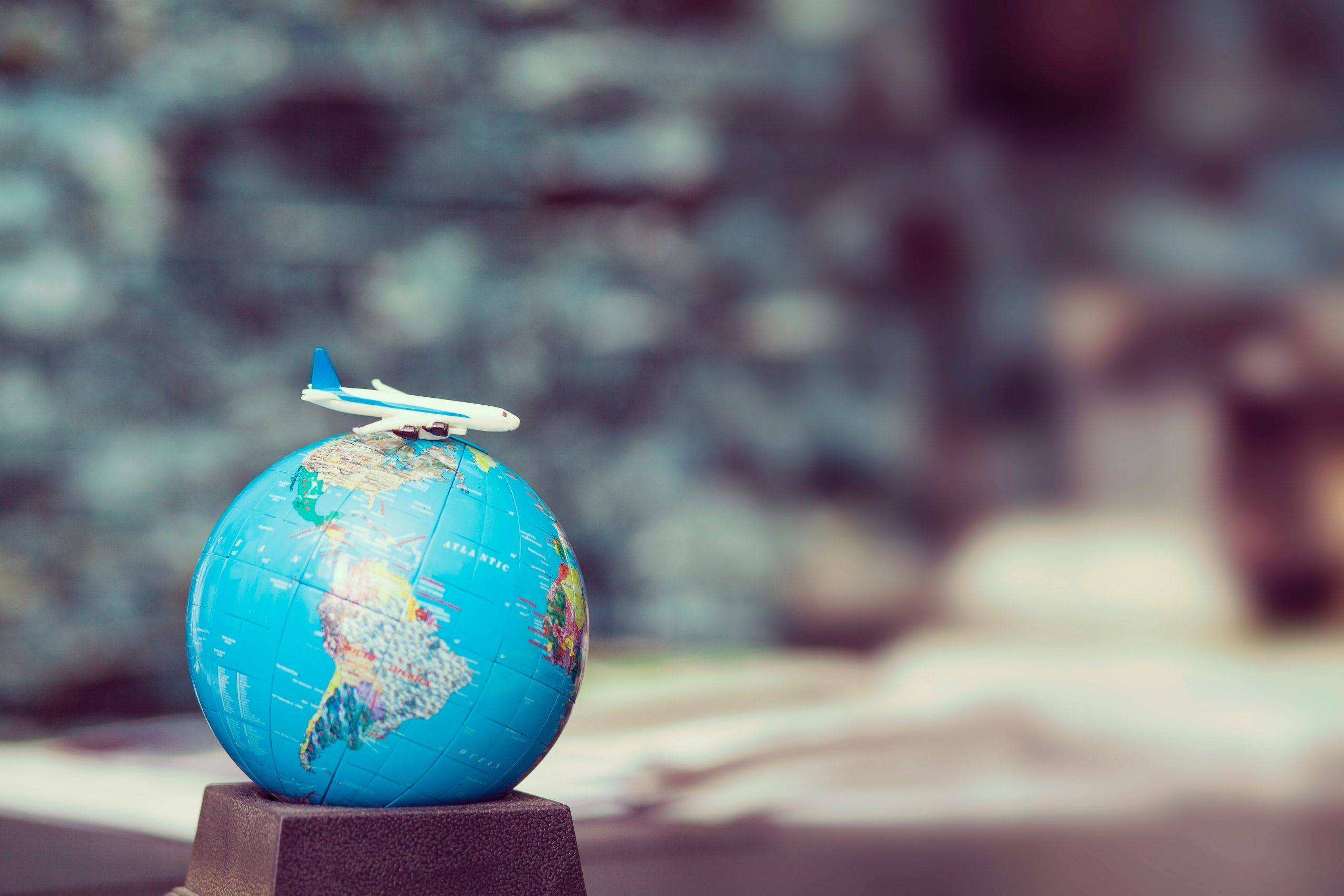 When will international travel be allowed again? Where to and how far will we be able to travel? What kit will we need to pack?

What will travel look like in the new normal?

Being an expat relies on having open borders and the ability to travel freely. When the world started to close its borders in March due to the new coronavirus pandemic, things started to get a little more complicated.

In Germany, the land borders with most of our surrounding European countries are closed or now subject to extra border controls. Many airlines have grounded all flights, or are running a very reduced service. There is a very real fear of the collapse of the travel and tourism industry.

Having grown up on an island, the fact that I now have easy, relatively cheap access to a variety of different countries blows my mind every day. Austria, Switzerland, Italy, Czechia, Slovenia, Poland and Croatia are all reachable with less than a day’s driving. The plan was to start taking weekend trips away once I had started earning. But 2 weeks after starting my job, Europe shut down.

Like many expats, I am also desperate for a trip to the homeland. I have been searching the internet for weeks on information, so thought I would share some of the most useful here.

Let’s start with the obvious question on everyone’s lips.

Parts of Europe started to reopen at the end of April/beginning of May, and with that many people hoped for travel restrictions to be lifted as well. Sadly, but not surprisingly, that was not the case.

The general agreement across Europe is still to stay as close to home as possible.

This may seem bad for tourism, particularly for those places that rely solely on tourists to keep their economy going. Mallorca is even calling to be made exempt from the current international travel ban in Germany (they know their target audience).

However, it appears that elsewhere, locals are delighted to reclaim their cities and hear their local language again. While financially bad, this is also a beautiful thing to see.

Hotels and ‘tourist sights’ are allowed to reopen in Germany and other parts of Europe from the end of May. They will be subject to strict hygiene and social distancing rules, but this does start to open doors for some kind of local travel.

In Germany, there is a ban on international travel until at least 14th June. Some reports state that as of the middle of June, so-called ‘travel bubbles’ will be created. This means you will be able to travel to and from countries with similar infection rates.

Italy is set to open its borders from the beginning of June, so we might be allowed to holiday within Europe itself.

It is possible that from the end of June/beginning July, people will be allowed to holiday within Germany and potentially its neighbouring countries accessible by car. Camping and road trip holidays are set to be the big sellers this year!

The British government have finally caught up with the rest of Europe in laying out an exit strategy from this pandemic (you’d think they’d be really good at exit strategies by now! Little Brexit joke there for you, thank you very much).

The UK has started to ease its lockdown restrictions this week, with more businesses allowed to reopen and plans for school children to return as early as June.

Britain has announced that all overseas passengers entering the country should place themselves into a 14-day quarantine. There is no information on when this rule will end, but those arriving from countries with low infection rates may be exempt.

And perhaps that is a good thing. I was born and raised in Britain but was well into my 20s before first experiencing the Lake District and Cornwall. Natural beauty on my own doorstep, but I’d always been more concerned with the outside world.

Your traditional summer holiday destinations are now a distant memory, local tourism is likely to boom. It is expected that there will be an increase in road trips and holidays such as interrailing and camping.

National parks across the world may have their best year yet, as long as everyone sticks to the rules.

This is the only part that fills me with a little bit of excitement. With less foreign tourists, I might finally get to experience German tourist spots as a German (shh…don’t tell them!).

Now is a good time to start researching places you could travel to within the country you live. Try and find some hidden gems so that when the time comes, the major tourist spots aren’t hit with the usual crowds.

What changes can we expect?

The suggestion of keeping the middle seat free during flights to adhere to social distancing rules is widely documented (and widely protested against). Ryanair has also announced that passengers will have to ask permission to use the toilet on board.

You will have to wear face masks in airports and on planes. It is also likely we will see testing and extra hygiene checks at airports.

Small comforts, such as blankets, pillows and headphones, on long haul flights will no longer be provided. Food and drink will only be available to buy pre-packaged and by cashless payment only.

Check-in/luggage check will also start to look a little different. There will be a bigger emphasis on checking-in online and having your boarding pass on your phone/device. Passengers will be encouraged to use self-check luggage terminals and to take as little carry on luggage as possible to avoid contact/spreading of germs through other passengers.

Airlines are stating that they will be cleaning planes after every flight with a strong disinfectant that is active for 24 hours. That shouldn’t stop you from taking extra caution though. We are being encouraged to wipe down our seats and tray tables before we get comfy.

I used to think those that wiped their seats down and used hand sanitizer on planes were crazy.

Now, in this new normal, it is just common sense.

So, your new #travelessentials and ‘What’s in My Bag?’ videos will probably start to look like this:

If you enjoyed this, then check out last week’s post on how the pandemic has affected me.

Expat Diaries: becoming an expat prepared me for a Global Pandemic

Baking in Germany is a Nightmare!

Expat Diaries: How the Pandemic Has Affected Me

Hello beautiful humans! Welcome to my teeny tiny corner of the internet. My name is Steph, nice to meet you. Let’s be friends!

Language: 5 Easy Ways to Learn a Language at Home

Expat Diaries: one year in Germany.

A morning run view of my little town 🤗 I was th

A lil #throwbackThursday to my first days in my ne

This week's blog post is more a brain dump than an

New Post is live! I've been reading a lot of Saman

This weekend has been a rest weekend from adventur

It is my dream to make my balcony look this pretty